Tomas Rosicky has retired from professional football, Sparta Prague have announced, with Borussa Dortmund telling ESPN FC he remains an “all-time favourite” at the club.

Rosicky, 37, left Arsenal in 2016 after 10 years in the Premier League to return to the club where he began his career.

“After careful consideration I have realised I am no longer able to fully prepare my body for what the professional football requires,” Rosicky said in a statement released by Sparta.

“I would like to thank Sparta for raising me, for being the first step in my career in big clubs, and for allowing me to say goodbye at the place I love the most.” 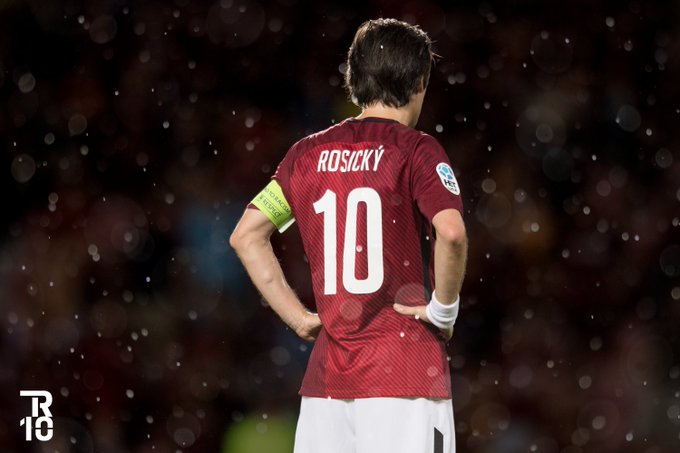 “When Tomas Rosicky was still very young, I attended a Sparta Prague match. I was there to scout a centre-back, but after Tomas had touched the ball three times I knew that I only wanted him,” Zorc said.

“Tomas until this day remains one of the BVB fans’ all-time favourites. His name stands for football culture, and pace. But most of all he always remained a down-to-earth and very pleasant person.”

Dortmund broke the bank for the emerging midfielder in 2001, paying 25 million Deutsche Marks to Sparta as they beat a host of other top clubs to sign Rosicky.

“It makes me sick in my stomach when I hear I cost that much money,” Rosicky said upon his arrival in Germany in January 2001. “Dortmund wanted me now, Bayern Munich and Liverpool only from July 1 on.”

During his time with BVB, Rosicky made 149 Bundesliga appearances and scored 19 goals and won the Bundesliga title in 2002.

In 2006, Rosicky left Dortmund for Arsenal after five-and-a-half-years at the club, a move he described as “like winning the lottery.”

He joined Arsenal prior to the 2006 World Cup and won the FA Cup twice.

Mesut Ozil called his former teammate a “great player” and “great character,” adding: “Congrats to a player with a big heart on a great playing career! I wish you all the best for your retirement!”

In a statement on their official website, Arsenal said: “Good luck in your retirement, Tomas. Thanks for the memories.”

Pogba, Hazard and Sane lead stars to watch in this summer...

Renault drop by Red Bull to be replace by Honda

The challenges players will face at US Open by Luke Donald

6 near major misses by Tiger Woods since US Open win...

WILLIAMS FOREVER: HOW VENUS AND SERENA CHANGED THE GAME FOR GOOD